By Brendan BlanchardFebruary 3, 2021Stories
No Comments 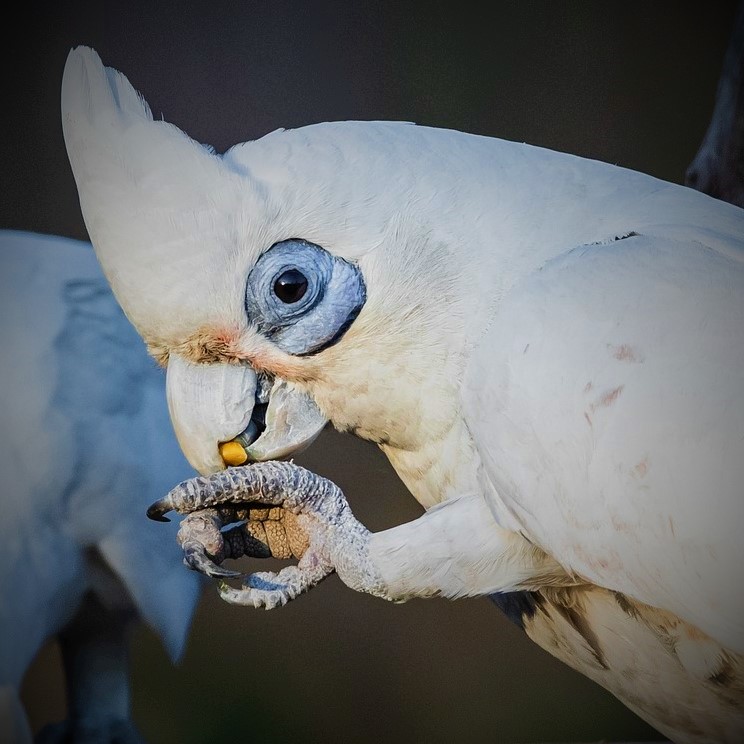 Those are not words that you hear everyday….

I was sitting quietly the other day and I was recalled a funny experience that I had many years ago. At the time I was doing voluntary work at Healesville Sanctuary. I was sweeping up in one of the free flight aviaries. Among other birds it was home to a couple of Corellas. Both were characters but both had very different natures as I was to learn.

I had been assigned the task of sweeping the enclosure by one of the keepers who was supervising me that day. No sooner had I entered the aviary than one of the Corellas sidled over to me, climbed up my leg and sat on my shoulder. The keeper uttered the words above so, as you can imagine, I stood very still. I needn’t have worried as this particular Corella liked nothing better than to sit on your shoulder, nibble gently on your earlobe and make lovely creaking noises in your ear.

As it turned out the other Corella liked to do exactly the same thing except that it had malicious intent. It wanted to bite your earlobe off if you gave it half a chance. The keeper knew which one was which so he used the opportunity to teach me a lesson about being aware of my surroundings and not taking things for granted.

From that point on it was always rather disconcerting to have a Corella climbing up your leg. Which one was it? They were so similar in appearance. Would it be friend or foe? Would it nibble my earlobe or try to remove it entirely?

In the end I got pretty good at working out which one I was dealing with. I still have both earlobes to prove it.