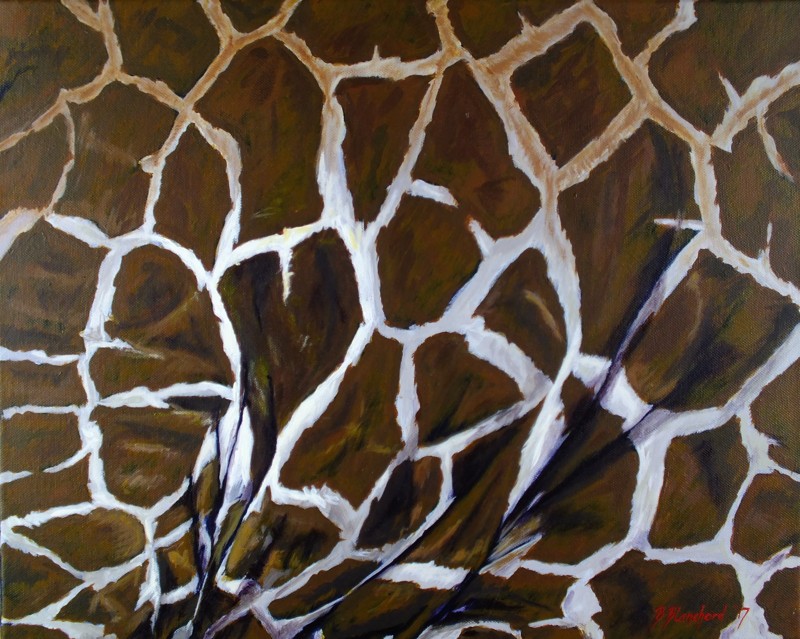 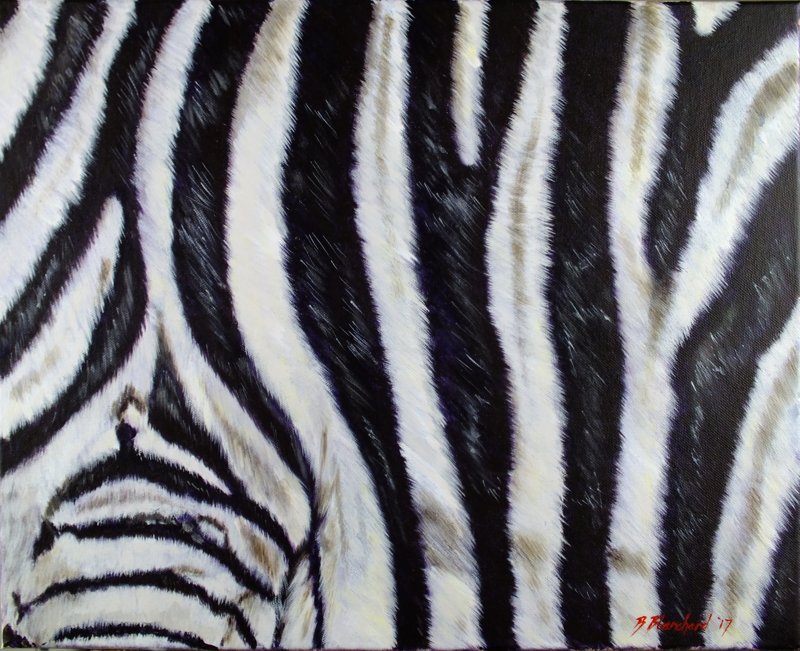 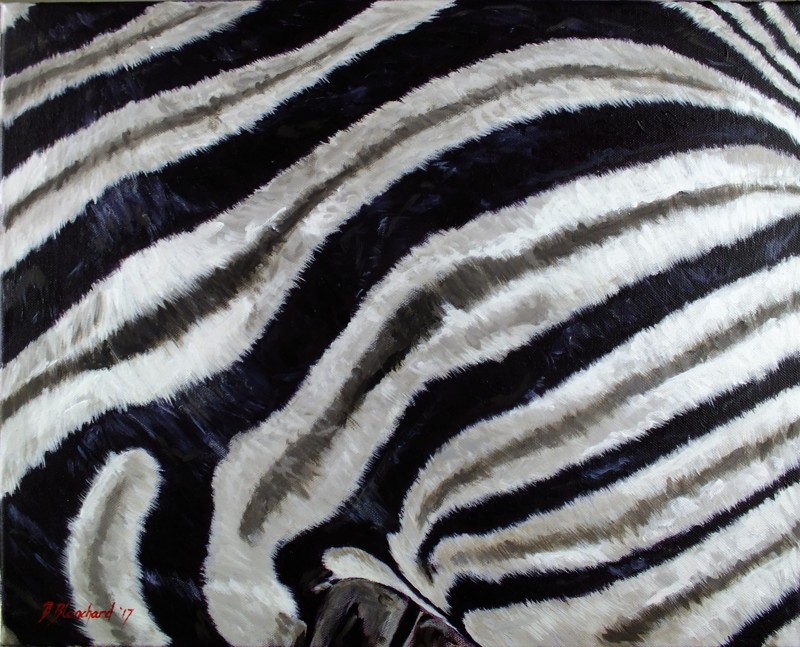 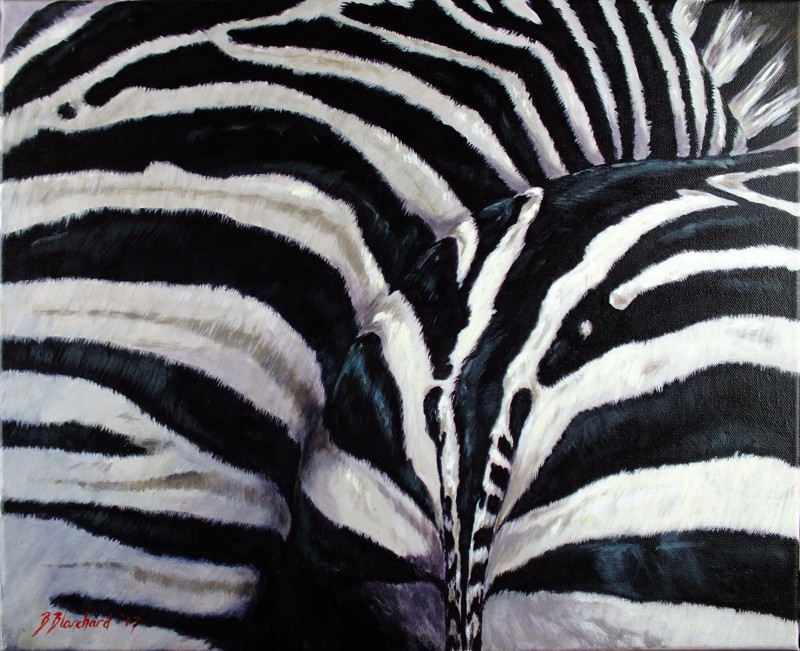 For a longest time I’ve been fascinated with the patterns that can be found all around me in nature.

I’ve been wanting to try to capture that to some extent in what I envisage will be an ongoing series of paintings.

So where better to start than with zebra? I mean – how hard can it be?

I’m always taking reference photos both for inspiration and potential material for future paintings. I had many photos of Zebra that I had taken at the Western Plains Zoo in Dubbo, NSW, Australia. In the vast majority of them I had zoomed in on the patterns. There were lots of sides and bottoms to choose from in the photos! So my first task was to choose some photos that inspired me to paint and then think about how I was going to represent that on canvas.

In the end I chose a variety of approaches – some that were relatively detailed and others that were more broad and almost impressionistic (see the middle image).

It was a great learning experience but it was also much harder that I initially thought. I worked on them for some time; then put them away. At times I loved them and then the love would turn to hate. But I got there in the end and am really happy with what I’ve produced. I’ve no idea if these are “marketable” in an art sense but ultimately I’m doing these for me. If you love them that’s terrific but even if you don’t, I’ll still find myself painting patterns and possibly going cross-eyed in the process.

I’m currently working on some other pattern paintings and look forward to sharing them in the coming months.