Now There’s Something I Never Knew! 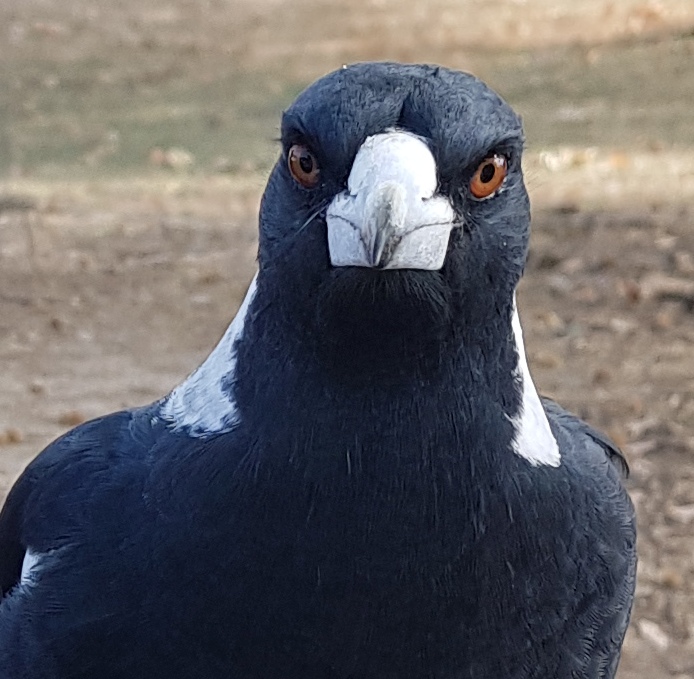 Isn’t it interesting that you can see something frequently and feel that you know it pretty well only to find out that there are things that you don’t know about it.

The Magpie must be one of the most commonly observed birds in Australia. How much do you know about magpies? Probably quite a bit. As a bird lover I thought that I knew them pretty well too but recently I discovered some interesting things about them.

The first was that they are excellent at mimicking. It seems that this is well known but it wasn’t well know to me. My wife and I were listening to a male magpie chortling away is the usual magpie way when suddenly he threw in a little bit of Wattlebird, Black Cockatoo and other calls. We were both astounded and thought that we had found a very special magpie indeed. Turns out that they are pretty well known for this ability but it was special to discover none the less.

The second thing was discovered during a picnic lunch when a magpie who was observing our food rather too closely started to act a little strangely. In short order he had regurgitated a pellet that consisted of hard wing cases and other miscellaneous things. Now I was well aware that birds of prey did this but did not know that magpies did. This one gave me undeniable (although rather messy) proof.

So the moral of the story is don’t think that you know something simply because you see it often. In our big wide world there are always new things to see and to learn.